In December 2014 the company name was changed to Solderman AB

In August 2014 we delivered the first soldering machine (a Solderman MK6) to China.

Here is a little video showing one of our installations in action.
2 SMMK5-OL in production 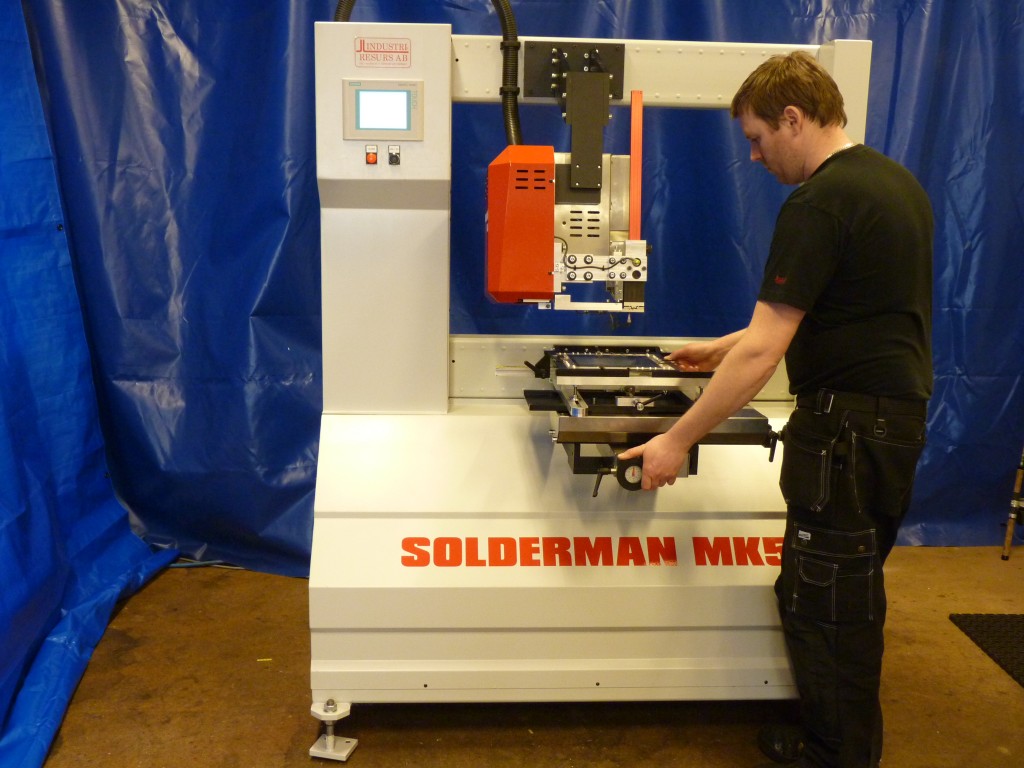 One of our customers has ordered a laboratory equipment for evaluation of lead-free soldering alloys etcetera. The machine is a standard Solderman Mk5 off-line machine with quick change glass holder.

Our connectors are used for connections of mainly antenna-circuits and heating circuits on automotive glass.  Volvo, Land-Rover, Saab and Renault are some of the cars using connectors from Solderman-Industriresurs.